While walking one foggy morning I saw some spider webs made noticeable by the fine drops of dew on them.

There were a variety of styles and designs, depending on the size of the spider and its environment. 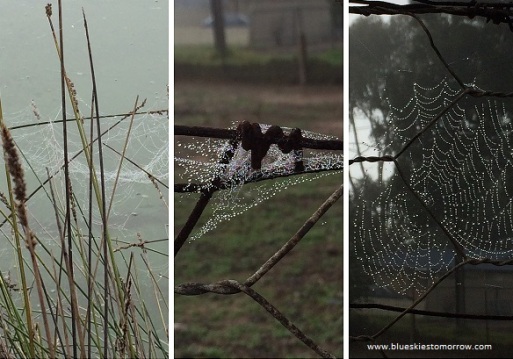 The first was a smaller web between two fence wires.  It looked like a regular spider web design, and there were tiny drops of dew along the strands. It looked very beautiful. 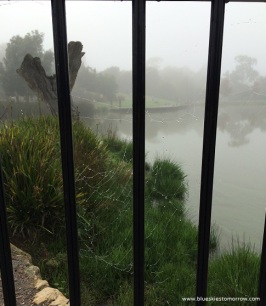 However this web had a big hole in it.

Had this been a place of victory for the spider, where it had caught its prey?

Or was the damaged made by a larger, more powerful animal?

I noticed further along the fence that the spider had created another web. This one was intact and looked very strong. 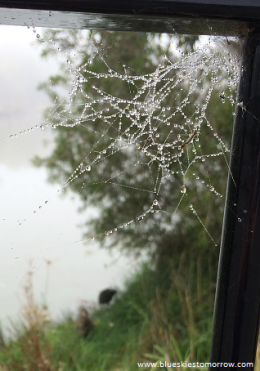 Despite the hole in its initial web, it had carried on and created another web.

I looked at that spider web and I could see a story of damage and renewal.

Further along in my walk I came across a huge spider web between two trees, about 4 metres wide.

It looked spectacularly symmetrical and very beautiful with the drops of dew glistening on its delicate strands.  The main web was almost 1 metre wide, and it swayed in the gentle morning breeze.

I marvelled at its strength, flexibility and ability to bounce back.  Unfortunately I wasn’t able to get a picture of this one.  It was magnificent though.

Of course this web would have been made by a much bigger and stronger spider, however in its life span it would not have always been so.   It would have grown and developed its strength over a period of time.

We too grow, develop and strengthen over time. 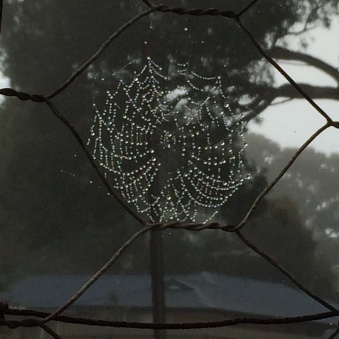 The strength to do this can be from within us, or with the help of others.

At the time it may seem too hard, hopeless, and not worth it.

However, we are never alone and God promises “The Lord himself goes before you and will be with you; he will never leave you nor forsake you. Do not be afraid; do not be discouraged.” Deut. 31:8

The webs made me think of my own life events that may have caused harm or damage, and how I have also rebuilt and become stronger in other areas. 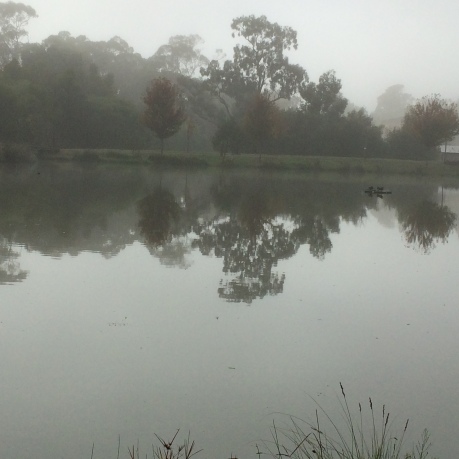 Renewal is also part of my story.  I haven’t always done it on my own.

I have drawn on the wisdom of others but ultimately it has been God who has restored me.

The old is made new.  What was damaged is restored through faith in Jesus.

He can do it for you too.

blueskiestomorrow.com    There is always hope.